Like any other organ of our body the brain is also prone to a number of disturbances exerted by inner and external influences. Internal reasons might be disturbances of the blood flow and by it supplementation of oxygen. External influences might come from intrusion of bacteria and viruses. But also traumatic influences are of considerable meaning. As multifunctional disturbances can be, as heterogeneous are the consequences. This is a trivial statement, which shows special consequences, since we are dealing with a highly complex system. In many organs partial disturbance of a particular region only leads to quantitative diminution of total organ capacity. With respect to the brain one might suffer from a variety of different qualitative and quantitative failures. This is quite obvious in the case of stroke or tumors, where particular regions suffer from local disturbances, or even lack their function totally. This high complexity together with the network structure as mentioned above asks for evaluation of its total functionality. Traditionally, one discriminates between the so called “somatic” part of the brain and its “psychic” components. Breakdown of the former part is covered by the field of neurology, whereas breakdown or disturbances of the latter are covered by the field of psychiatry. Fortunately, both areas are very often covered by one and the same doctor, at least within Germany. Differences are also reflected by different diagnostic tools. Neurologists mainly use  methods based on the visualization of the brain`s “hardware”, but psychiatrists still depend on the verbal communication of subjectively experienced symptoms.
Broadest use in neurology is made of x-ray, computer tomography and magnetic resonance tomography (MRT). In the second case electroencephalography (inclusive evoked potentials, see later) and functional MRT. In addition, ultra sound technologies are used currently more and more. I mention this because the development of technical methods for assessment of possible “somatic” causes of disease has made large progress, whereas for example electroencephalography as “software check” remained far behind its possibilities. The mathematical description of the electric brain activity by means of the Fast Fourier Transformation (FFT) as well as the definition of particular frequency ranges according to their physiological meanings, as realized in the CATEEM system, seem to be very promising.
After extensive use of the CATEEM system for characterization of drugs and after its successful use in sleep research it was decided to learn more about disturbances of electric brain activity during disease processes. Based on the assumption, that disease origins from disturbances of electrochemical communication within the brain, the goal emerged to describe the current state of the brain in terms of changed local frequency patterns. All what was needed now was a data base of healthy subjects characterized in the same manner giving median numbers of all six frequency ranges at each of the 17 locations. A total of 500 healthy volunteers of both sexes aged 18 to 80 participating in our medication studies were used to construct a “normal” database. The distribution of these 102 values (17 electrode positions times 6 frequency ranges) now serves for comparison of single patients to this data base. According to the distribution function, error probabilities for each single value are calculated and given as numbers from 1 to 4 representing error probabilities from 10:1 to 10000 to 1. Fig. 1 documents the mathematical base of the calculation. 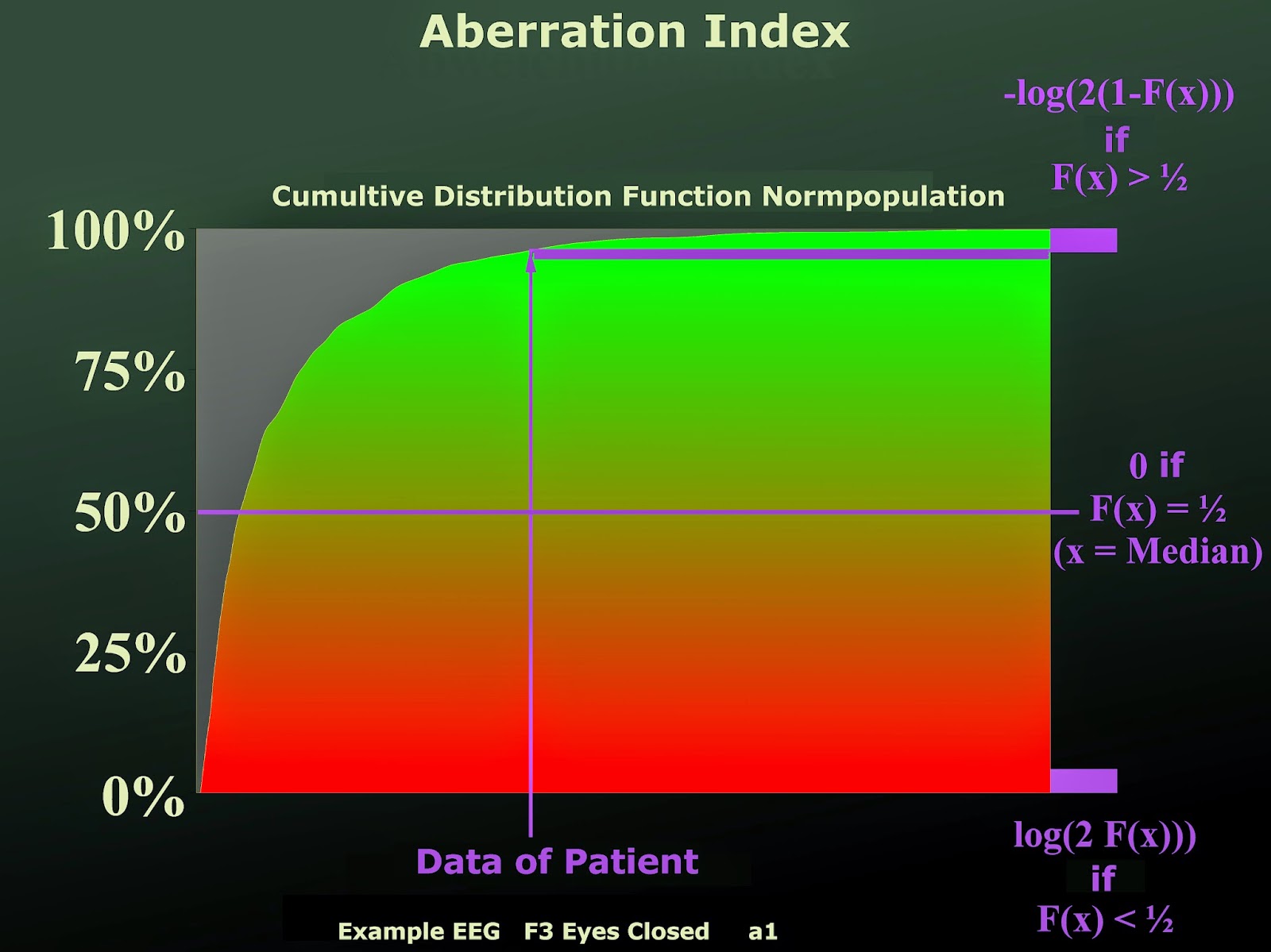 Fig. 1 Calculation of the aberration index

This value is called “aberration index”. In medicine “normal values” are based on averaged mean numbers collected from a larger population. Even if your blood pressure is not exactly 120 to 80, it can still be normal. But the larger the deviation of individual values, the higher the probability of having a pathological feature. For mapping the same type of color code is used as for depiction of the original data, but now they represent the statistical deviation from normality. Fig. 2 shows examples of the recorded electric disturbances during different diseases.
With this index an objective measure for the occurrence of a functional disturbance of the brain was developed, which not only can be used as a diagnostic aid, but also could serve as control for a therapeutic success. If the aberration index becomes smaller this is interpreted as an approach to normality. During the course of degenerative disease also a progressive development can be detected using this parameter. From this is becomes obvious that this parameter is useful for the evaluation of the effect of medications as could be shown recently in patients suffering from Parkinson`s disease (Dimpfel et. al. ,2014).
Consequently, a large number of patients have been recorded using the CATEEM technology in numerous hospitals. We always made the experience, that discoveries of “hardware” abnormalities were accompanied by disturbances of electric activity. Of special interest were disturbances of electric brain communication, which up to now have escaped objective quantitative measurements. I like to mention headache and especially migraine, since we – using the method developed by us – succeeded for the first time to record clear, statistically significant, reproducible changes of electric patterns of this disease. Recording from more than 600 patients suffering from migraine indicated that in about 90% of the cases a deviation from normality was detected. But results also revealed the heterogeneity of headache and migraine, since deviations form normality not only occurred within different brain areas but also with respect to different frequencies. These deviant electric patterns were recorded during the ache-free interval and support the neurogenic origin of the disease. However, many textbooks refer to the vascular origin of migraine, based on disturbance of the blood flow. Since higher nervous systems activity at the same time recommends higher oxygen demand, it is very difficult to see where the original disturbance comes from, the famous egg-hen problem. Thus, quantitative assessment of EEG recordings using neo-CATEEM (http://www.mewicon.at) provides an entirely new approach in objectifying pathological disturbances of the brain during disease. 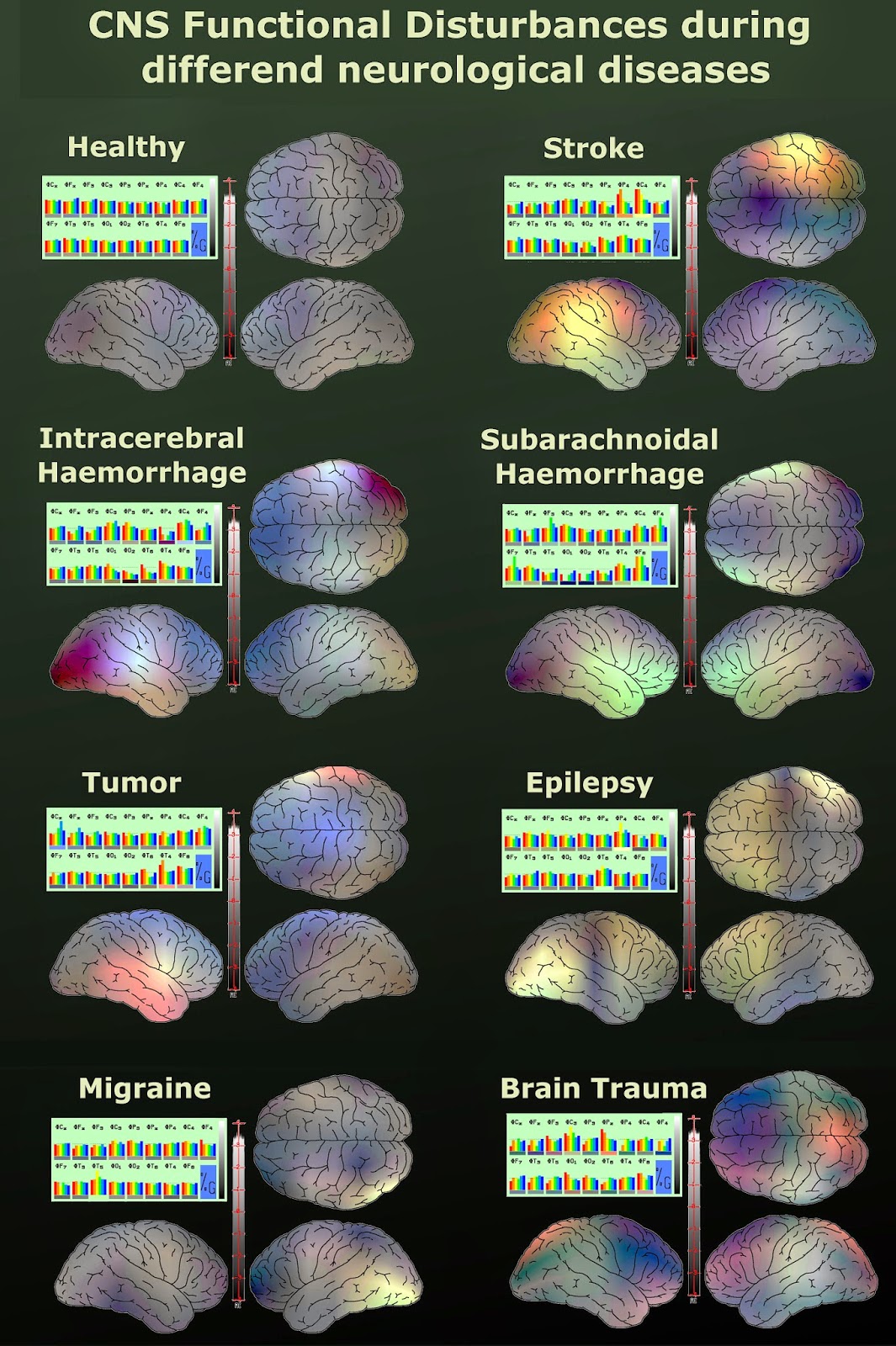